Are there still people who appreciates art? it suddenly makes us wonder.

Art is so valuable, like no amount of great value can replace it. If art is valuable, so is the artist. The artist who’s passion and talent drives him to create remarkable and outlandish ideas, creation and imagination.

For some people who values art, they consider art as a way of expression for words they can’t speak. Or a representation for the things they wanted to convey through painting, sculpture, musics or stories.

But art isn’t just for everyone. There are people who can never appreciate the beauty of art. People who can never realised that, at some point, art had changed someone for the rest of their lives. Particularly, this French artist named Loris Greud.

At one saturday evening at Dallas was reckoning. While the place was crowded and overwhelmed by artists and audience, it was also visited by unwanted guests, vandals.

Vandals came out of nowhere and lit the place with their intentions of ruining and attacking the place. Arts were smashed and ruined, and the crowd were forced to go out as guards and police controlled the wild vandals at the museum.

The art exhibition then turned into a ghost place with ruins all over leaving people to see a bunch of broken art and mess inside the place.

For the history of art exhibits, this is such a sad news and story to tell the people. People are losing interest in art that they actually take action in attacking it sending people a message that art is really losing it.

Lorie Gréaud is considered himself as a “aesthetic adventurer”. He makes art through conveying an esoteric story to please the people. He also combines it with his culture. He also finds collaborators to help him with his arts, like some scientist to help him in formulating the best scent to capture the “smell of Mars” or he gets an architect to work with to make him a building with invisible walls made from blown air.

To make it short, he makes art for himself and people realised that it pays no use to patronise it.

Is Art Losing it?

The tragedy made french artists, all over the world, realize that it is time to step up and make something that people would get involved and be part of it in instead of ruining it.

There goes the advances of high technological gadgets and sources, it is also time for art to get real updated. It is time to make something that is not passive and invite peoples interest.

Art is never forgotten, people just need to be reminded that it is still there. It is time time that artists also make something for people to feel and relate.

As Dreamers Do: The Inspirational Movie You Should Watch 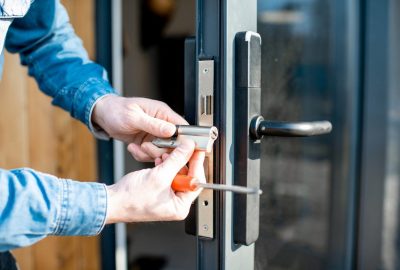